Leave a comment
By D@rling Nikki My Rogue Journey

Dieting is tempting. It provides a linear path to a simply defined goal, and clearly set rules and guidelines that can get you there.  “Good” and “Bad” are suddenly black and white, and there’s no room for speculation or doubt.  You can let go; you don’t have to think or decide, you can put all your faith in these rules and follow them blindly. And everyone will admire you along the way, people will validate you and fawn over your apparent moral superiority.  Losing weight is tangible, visible, frequently reinforced and praised. (Intuitive eating, on the other hand, is none of these things – though that’s a post for another time.) 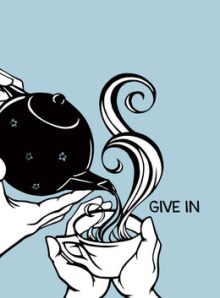 I’ve been off dieting for about three years now, but that’s not to say the temptation has entirely faded away.  It comes in waves – if I’m feeling fat or ugly, if I had a bad day, if I feel like I’m not accomplishing anything, if I’m feeling lonely.  In a way, my relationship to dieting at any given moment acts as a signifier of my mood, and of how I feel about my life.

Last week, for the first time in these three years, I let myself fully succumb to the temptation – I signed up for Weight Watchers.  It felt scandalous and thrilling to just give in, to stop the fight and let dieting back into my life… to hand the reigns over to a corporation, to let them tell me how I should feel about my body and what I eat.  It was a weight off (no pun intended).

I understand why I succumbed. I’m working at a relatively demanding job I have no passion for, that is rarely rewarding, and that is hugely unappreciated. My next step career-wise is uncertain at best, mostly because I struggle with a paralyzing fear of failure.  I’m not currently doing anything that I truly value, or that maximizes my potential.  I’m single, as I’ve been for many years, and I crave support, love and connection.  On top of all this, there’s my tenuous relationship with intuitive eating and my seemingly unending struggle to truly accept my body.

OF COURSE I want a goal, something to work towards, and something that will be praised and admired. Of course I want to achieve something that society would ubiquitously validate, and that would make the process of getting dressed a little less fraught.   Losing weight would (on the most superficial of levels) make some things better.  For a while.

So I shut the door to my bedroom and, with a feeling of guilt as though I were searching for pornography, I googled “Weight Watchers.”  I quickly paid $58 for a three-month membership (it was the best deal, after all…..)

Researching point values was entertaining for a while.  Why do I ever put mayonnaise on my sandwiches? Why do I by 2% milk when skim shaves off a point? How did I eat a BEEF BRISKET sandwich for lunch and not gain ten pounds??  Points are everywhere, especially in all the wonderful local Seattle IPAs I enjoy drinking.  I might as well chug milkshakes.

At any rate, I only tried Weight Watchers for about a day, and I found it to be something of a relief that I couldn’t entirely get into it. I couldn’t find it within myself to embrace the diet mentality – it was like trying to believe in Santa Claus after someone has already proved to you he doesn’t exist.  Because he doesn’t.

The main thing I was forced to remember, which I hadn’t experienced in a long time, was the extent to which dieting dominates your thinking and limits your capacity to live.  When I was on Weight Watchers the first time around, I said “no” to everything.  I was a drag to be around, and I gave off an air of superiority when I asked waiters how much oil was used to cook a piece of fish.  Since then, I’ve become a “yes” person, and I embrace life instead of cower in fear of it.

That’s the thing about dieting…. it’s all about postponing life.  I’m not ready to postpone my life right now.

One day of dieting was more than enough, and I feel as though my faith in intuitive eating, and in the wisdom of my own body, has been partially restored.  Or at least I’ve been reminded of the disparity between the life I live now, and the life I lived while I was on a diet, and I’ve proved to myself that I really can’t go back. It would be only a band-aid anyway, and would do nothing to solve anything real in my life.

So… to tie this post together and bring it to the corniest of endings… maybe my one-day fling with Weight Watchers was worth the money, after all.